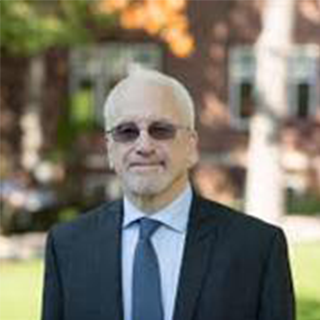 A Message from the Director

From its inception in 2008, the Wilson Institute for Canadian History has been committed to doing history differently. It is the place where Canada’s legacy of white settler colonialism can be evaluated and transcended. Where the transnational consequences of unrestrained capitalism can be critically appraised. Where environmental science and environmental history can mutually enrich each other. And where scholars of gender, race, class, sexuality and culture can come together and ask their own distinctive questions about the Canadian past—and share their insights with the broader public.

In 2020, in the context of a planetary pandemic,  the Institute’s central mission—to help Canadians interpret their country’s history afresh through transnational lenses, from subaltern perspectives, and in ways accessible to ordinary people—takes on a new urgency. In an age when the survival of democracy is in question, the Institute commits itself to its twenty-first-century revitalization. At a time when nuanced and accurate historical understanding competes with on-line demagoguery and political manipulation, the Institute is pledged to educating the leaders of tomorrow through revolutionary new approaches to K-12 history education. As a globalized world wrestles with competing visions of environmental and social justice, with vast implications for the politics of food and water, the Institute believes that citizens deserve historically grounded and accurate understandings of them. And when, in pandemic-gripped Canada and around the world, history and science have become an ideological battlegrounds, the Institute stands for critical, balanced and evidence-based understanding, with the ambition of connecting citizens across the barriers of language, race, gender, class, and sexuality.

In the Wilson Book Series, all four of these pillars — 1. democracy, 2. leadership, 3. social and environmental justice, and 4. inclusive thinking in a time of crisis — are represented in our fast-growing publication program. Many of the titles in that Series originate in our bi-annual Wilson Workshops, where scholars come together to explore urgent questions from interdisciplinary perspectives. The Wilson Fellows program welcomes to the Institute many of the country’s most dynamic young scholars. The Institute also plays host, both on-line and in the actual world, to many visiting speakers from around the world keen to share their insights. Across the country, a network of Wilson Associates facilitates the historical inquiries undertaken by an up-and-coming generation. And the Institute has pioneered at its host institution, McMaster University, experimental and highly participatory courses designed the revitalize the teaching of Canadian history. It has also become one nucleus in a prominent project to revolutionize the Canadian history curriculum.

Canadians can only engage intelligently with their twenty-first century world – with its globalized economic system, all-encompassing climate changes, marked social divisions, and endemic health and other crises – with a comprehensive and critical grasp of their country’s past. 2020 has shown us all dramatically that the legacies we inherit from the past can play havoc with our lives in the present — but they can also inspire us to grasp and transform today’s problems into tomorrow’s opportunities.